Earlier this month the city of Detroit filed for federal bankruptcy protection.  Once, the city that defined industrial America, the Motor City’s bankruptcy is the sad culmination of six decades of decline.  With industry and population fleeing and the tax base eviscerated, they have experienced a downward spiral exacerbated by years of corrupt and incompetent governance.
Detroit’s filing is the largest bankruptcy in history and stands out in size and scale, compared with other municipalities that have recently filed such as Vallejo and San Bernadino in California, or Jefferson County, Alabama.
What also distinguishes Detroit are competing obligations to bond holders and pensioners.   Owners of the cities bonds are expected to battle with retirees and others for pieces of the city’s diminished wealth.  Some may say that if you were holding municipal bonds from Detroit you are going to get what you deserve, but it may also set precedent for any other cities that declare bankruptcy in the future.
There are two types of municipal bonds: Revenue bonds and General Obligation bonds.  The owners of revenue bonds are guaranteed repayment solely from revenues generated by a specified revenue-generating entity associated with the purpose of the bonds.  Examples include water and sewer utilities, toll roads and bridges, power plans, airports and seaports.  General Obligation bonds are secured by a state or local government’s pledge to use legally available resources, including tax revenues, to repay bond holders.
General Obligation bonds have always had precedence over other obligations, such as certificates of participation, leases, and pensions.  The city of Detroit has proposed that all competing claims should be treated equally.  A bankruptcy judge will rule if that will actually happen.  The outcome of the bankruptcy process will dictate if the value of the full faith and credit pledge backing General Obligation bonds across the country will be diminished going forward.  Recent history shows that we may be seeing a shift.  In the case of General Motor’s bankruptcy, pension obligations were given precedence over bond holders claims.
The bankruptcy filing may also be a test case for how far a major US city can go in dealing with a chronic problem facing many local and state governments: unsustainable pension costs.  Many city workers across the US have assumed that their pensions were untouchable, even in bankruptcy.  Retirees in Central Falls, Rhode Island agreed to 50% cuts in pension benefits, in many cases, after the small city filed for bankruptcy in 2011.  By contrast the city’s bondholders were paid in full.
Public pensions may lack the basic safety nets that private-sector benefits enjoy.  Pensions granted by companies are typically backstopped by the Pension Benefit Guaranty Corp and regulated by federal law.  Public pensions are not.
One lesson in all of this is to deal with the issues before the need to declare bankruptcy comes.  Another take away from this is to review your municipal bond holdings.  Muni’s are very popular, especially with retirees because the interest earned from them is tax exempt.  Investors have been desperate for yield in recent years and within fixed income, they have gone longer in maturity and lower in quality.
Other links about the Detroit bankruptcy you might find interesting
Now that Detroit’s Gone Bust, these cities could be next
http://www.businessinsider.com/cities-that-might-follow-detroit-bankruptcy-2013-7
What Happens in a Municipal Bankruptcy
http://www.businessinsider.com/municipal-bankruptcies-explained-2013-7
Detroit is Dead, Long Live Oakland County
http://www.businessweek.com/articles/2013-07-25/detroit-is-dead-dot-long-live-oakland-county
Could a Detroit bankruptcy scenario happen here in NJ
http://www.nj.com/news/index.ssf/2013/07/could_a_detroit_bankruptcy_scenario_happen_here_in_new_jersey.html 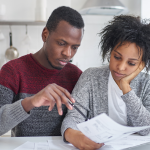 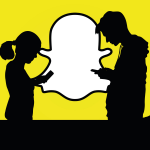 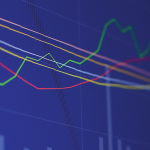 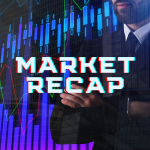