How a Clinton or Trump Presidency could affect the Economy

By Anthony Rubinich
In American History, there has surely never been an election quite like this. Between Hillary Clinton and Donald Trump, I wish I could say that the stakes weren’t high. Unfortunately, this is a very important election. The winner of the election will inherit a $19 trillion debt. Never before in the history of this country has there been such a gap between rich and poor. Not to mention depreciating race relations and the threat of radical Islamic terrorism. Don’t be mistaken, this is a very important election for the future of our country. The purpose of this article is to elaborate on how a Trump or Clinton administration could affect the stock market.

Major issues surrounding the 2016 race include taxes, debt, illegal immigration, and infrastructure. As always, the state of the economy will be a hot-topic, but ironically, this is the issue politicians have the least control over. Some sources say there will be a recession no matter what.   And neither candidate is attractive from a Wall Street perspective.

Urban Legends
There are many preconceived notions about how the government and the stock market work. One urban legend circulating around is that a divided government is good for the market because each party is neutralized, allowing stocks to flourish. This is false. “In the two years following an election, Standard & Poor’s 500-stock index gained 16.9%, on average, when one party controls the White House and both houses of Congress; 15.6% when one party controls both houses of Congress and the other party owns the White House; and just 5.5% when the House and Senate are divided,” says Anne Smith of Kiplinger. There is also a belief that Republican candidates are better for the market, even though stocks have historically performed better during Democratic Presidencies. Ultimately, in regards to your portfolio, it doesn’t matter who wins!

“From the financial markets’ standpoint, the choice between Clinton and Trump is really a choice between the lesser of two evils,” says Bob Johnson, president and CEO of American College of Financial Services

What to Look Out For
It is true that elections affect markets. Stocks routinely rise and fall with the passing of each 4 election year cycle. Slowdowns, bear markets, and recessions typically begin during years one and two of a president’s first term. Since 1833, the Dow Jones Industrial Average has gained an average of 10.4% in the year before a presidential election. Adversely, the first and second years of a president’s term sees average gains of 2.5% and 4.2%.
Our advice to investors is to keep your portfolio and political beliefs separate. Your partisan beliefs will have an impact on your investments in ways you may not even imagine. Additionally, studies have found that people will trade aggressively or conservatively depending on whether or not their party is in power. “People’s positive sentiment when their party is in power leads them to think the world will deliver higher returns with lower risk,” says Santa Clara University professor Meir Statman. In other words, people can foolishly employ an aggressive investment strategy whether or not their Party of choice is helping or hurting the market.
Estate and Gift Tax Changes
Two federal tax plans that will be affected by this year’s election include the estate tax and the gift tax. An estate tax is a tax on the value of a deceased person’s inheritance before it is distributed to your descendants. The gift tax is a tax on the transfer of property by one individual to another. Trump has proposed to eliminate the estate and gift tax.
Here are Clinton’s estate tax proposals, courtesy of tax expert, Martin Shenkman. “Clinton’s proposal appears to include the following key changes: 1) $1 million gift tax exemption. This is a dramatic decrease from the current $5.45 million. 2) $3.5 million estate tax exemption. This is a dramatic decrease from the current $5.45 million. 3) Elimination of the inflation adjustment. This is significant in that over time, even the $3.5 million exemption would be substantially eroded by inflation. No longer will clients be able to assume that some or all of the growth in their net worth will be offset by a commensurate inflation increase in the exemption. 4) 45 percent rate increase from the 40 percent current rate.”

Stock Market “Ouija Board”
While the presidential race isn’t likely to predict the fate of the stock market, the stock market may predict the next President-elect. If stocks are up 3 months heading into the election, this generally favors the incumbent party. If stocks are down, the opposing party usually wins. In the past 22 presidential elections since 1928, 14 were proceeded by gains in 3 months prior. In 12 of those 14 instances, the incumbent won. In 7 of 8 elections proceeded by stock market losses, the opposing party claimed the White House. Examples from recent history. In 1992, despite overwhelming approval ratings, incumbent George H. W. Bush lost to Bill Clinton. The S&P Return that year was down 1.2% the three months before the election. The 1984 presidential race ended with Ronald Reagan crushing Walter Mondale.  That year, the S&P was up 1.9%.
The S&P 500 as a method for predicting Presidents has a success rate of roughly 87%. By analyzing the markets, the answer for who will become the 45th President of the United States could come as early as October 31st. As for investors, my advice is to be on the defensive no matter which candidate wins.

Category: Finance News, Investments, Politics
Previous Post: « The Next Generation of ETF Investing
Next Post: Where is Your Money Going? » 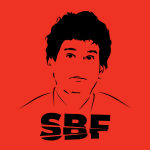 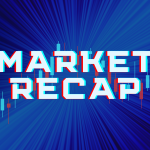 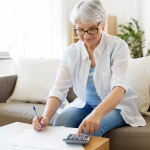 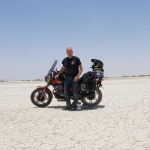 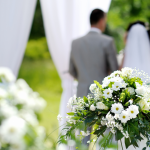