The Next Generation of ETF Investing

By Cody Laska
In the age of “smart everything” from phones and watches to cars and even refrigerators, it would make sense for the financial service industry to offer a “smart” product of its own. Adding onto a design that has been around since the 1970s and conceived in 2003 is the Smart Beta ETF. Utilizing strict entrance criteria focused on mathematical calculations, the Smart Beta delivers the best of both of the traditional worlds.

The original two options for investors were: the passive index funds, which are entirely hands off and determine the weightings of the securities within them based on the equities’ market cap, or actively managed funds better known as mutual funds. While there are some advantages in both products and this is by no means a post telling you as an investor to liquidate all of your assets and load them into Smart Betas, they both have their faults.
As previously mentioned, passive index funds determine the weights of the securities within them based on the size of their market cap; this means larger companies or companies that are growing hold a larger share of the portfolio while the smaller companies hold a smaller share. In a vacuum, this strategy would make perfect sense as there is a reason for the larger companies being large as they must’ve performed better to reach their current size. However, in reality this can lead to something called a value drag. A value drag occurs when the companies that hold a majority of the weight in the portfolio become overvalued and the smaller companies become undervalued. This leads to a correction (when securities settle to their proper values) resulting in roughly a 2% loss. This type of strategy also completely ignores large companies that are stagnant and show no sign of growing as well as small companies that are poised to grow. The upside to passively managed index funds is that they have consistently outperformed the S&P 500.
The issue with actively managed funds is that humans are mistake prone, overwhelmingly mistake prone. This means that not every pick is going to be a winner and that there are going to be losing streaks a plenty. The objective is to beat the market and outperform the S&P 500 but that is very difficult to do especially during a bear market. Generally over the long term, actively managed funds fail to outperform the market or even their general benchmark. Plus the fees that they charge will take away from all the money they just made for you. But this style of fund brings a venture and prospecting ability to the table to pick unknown companies that are positioned for huge growth as well as the ability to remove companies that have hit their peak and show no sign of continuing to add to their success.
The optimal solution would be a style of fund that can deliver the above average returns without a fee and with minimal risk; this is where the Smart Beta ETF comes into play. Making up 1/5th of the ETF market and outperforming the S&P 500 through 5 full market cycles, the Smart Beta ETF delivers exactly what the modern investor is looking for. No one is the same and each one is positioned for a specific purpose with the most common being risk aversion. The mathematical formulas behind each one prevents value drags as each security contained within the ETF holds the optimal percentage size in the portfolio; preventing over and under valuation. In addition to this they are entirely transparent so the investor knows exactly where their money is going and what exactly they are betting on.
Like the other two traditional options, the Smart Beta is not without fault. Research is still required on the investors end so they can understand if the bets the mathematical formula has placed for them are actually the proper bets for their savings goal. Also as pointed out in a recent study by Bloomberg Business, Smart Betas are not immune to a problem similar to that of an actively managed fund. Often actively managed funds will set out with a specific criteria to maintain within the portfolio; for example a large-cap fund would contain all large caps and small-cap fund would contain all small caps. However, as time progresses and the manager realizes that they can make more money in the shorter term in a different way than they began, they change the style of what is in the portfolio. This is called a style drift and even with the mathematical formulas in place right now, it cannot be avoided in Smart Betas. But when compared to an actively managed fund this is not a huge issue. When an actively managed fund style drifts it can have a dramatic impact on the performance of the fund because the manager is essentially making a massive decision on the direction of the portfolio based on a short term hunch. But when a Smart Beta style drifts, it does not change the portfolio’s performance rather just what is within the portfolio. As described by one BlackRock analyst “As long as the portfolio performs as titled it doesn’t matter. If it says it will deliver 15-20% less risk than a normal fund, and it still delivers 15-20% risk, there is no issue.”
While it may be referred to as “the next generation of investment tools” the idea of a Smart Beta ETF has been around for years. With increasing popularity it is finally getting the respect it deserves as the best of both worlds. While it may not be ready to be the core of your portfolio just yet, it makes a wonderful tactical enhancement.

Category: Investments
Previous Post: « Paradise Lost: The Puerto Rican Debt Crisis
Next Post: How a Clinton or Trump Presidency could affect the Economy » 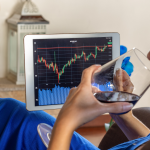 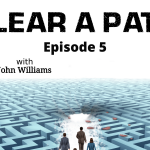 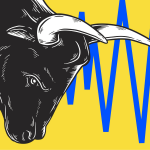 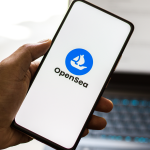 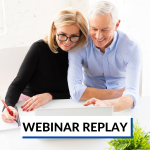